Artem Sytnyk, the Director of the National Anti-Corruption Bureau of Ukraine, has been officially recognized a corrupt person and added to the Unified State Register of Persons Who Have Committed Corruption or Corruption-Related Offences. The basis for adding Sytnyk to the corrupt persons register is order 572/2133/19 of the Sarny District Court of Rivne Region of September 6, 2019, upheld by the order of the Rivne Oblast Court of Appeals of December 13, 2019, according to which the Director of the NABU had been found guilty of violating requirements of Article 23 of the Law of Ukraine “On Prevention of Corruption” and of committing administrative offence under Part 1 of Article 172-5 of the Code of Ukraine on Administrative Offences (“Violating legal restrictions on accepting gifts”).

Corruption offence committed by Sytnyk consists of him repeatedly having a good time at the “Poliske-Sarny” game reserve, consuming delicatessen and elite alcoholic beverages there, celebrating the New Year of 2019, and even once crashing two quadrocycles worth $17 thsd. But each time everything was paid for by a guy named Mykola Nadeiko, advisor to Natalia Vasyliuk, tycoon Oleg Bakhmatyuk’s sister and the former Head of the Supervisory Board of the VAB Bank belonging to Bakhmatyuk. The court stated that the Director of the NABU didn’t declare material benefits received from Nadeiko—perhaps, because at that time the NABU was investigating the criminal proceeding regarding embezzlement of the stabilizing loan by the VAB Bank officials.

You can read more about how the Director of the NABU’s large-scale leisure at the “Poliske-Sarny” game reserve, who is Nadeiko that paid for this leisure, and how Sytnyk attempted to avoid responsibility for the corruption offence he’d committed in “Artem Sytnyk’s Terrible Vengeance.”

The End of the Anti-Corruption Tale

Mon Dec 30 , 2019
In late 2019, within four days from December 13 to December 16, Ukrainian courts put a legal end to the “fight against corruption,” which U.S. Embassy had launched in Ukraine 5 years ago. First, on December 13, 2019 the Rivne Oblast Court of Appeals finally found Artem Sytnyk, the Head […] 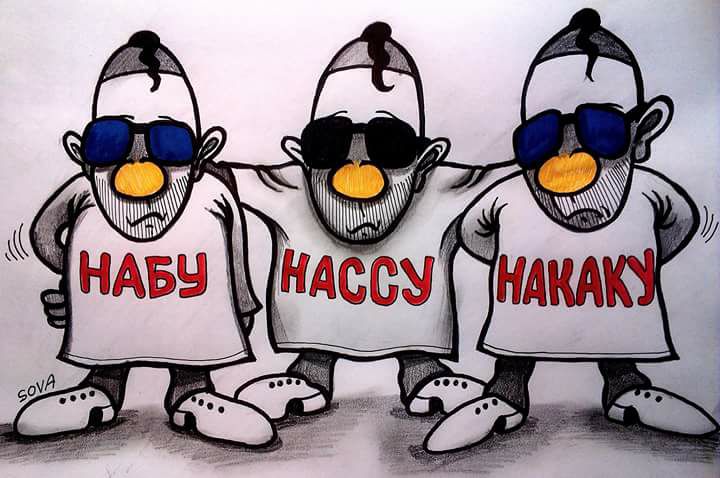