On March 29, 2020 Geo Leros, a Ukrainian MP (“People’s Servant” faction), published epic videos on his Facebook page that were recorded in August through October of 2019 with a hidden camera during heart-to-heart conversations involving Denys Yermak, a brother of the current Head of the Office of the President Andriy Yermak. When attending public restaurants with him, interlocutors negotiated with Mr. Denys selling the post of the Director of the Ukrainian Sea Ports Authority, selling posts at the State Service of Ukraine for Geodesy, Cartography and Cadastre, ministries, UkrGasVydobuvannya JSC, state tax agencies, regional state administrations, and even First National TV Channel. At that, Yermak brothers are natural salesmen. For instance, the post of the Head of the Ternopil Region State Administration is worth (according to Denys Yermak) USD 2-3M, but a prospective governor can get a discount if promised to regularly bring in a share of local business revenues.

Of course, that’s no secret as to who recorded these wonderful videos and handed them over to MP Leros for publishing. Covert search against Yermak’s brother was being conducted by Oleksandr Petrovych Bilous, a First Deputy Head of the Main SSU Office in Kyiv and Kyiv Region (or, to be more precise, by Department “K”) following orders of Andriy Bogdan, a then Head of the Office of the President, and the Counterintelligence Department of the SSU Central Office. The talks themselves were being recorded with a hidden camera by Dmytro Oleksandrovych Shtanko, a professional provocateur from Kharkiv repeatedly used by law enforcement agencies for similar operations. In particular, it was Shtanko who played the role of a complainant in the criminal proceeding 42018000000002505 of 10.16.2018, being investigated by the Main Investigation Department of the National Police of Ukraine, and it was him who slipped money to a liquidator of Khreshchatyk Commercial Bank PJSC.

Naturally, MP Leros, used by Bogdan as an initial source of the operative video, had no clue as to what the on-screen characters were talking about. Therefore, the video, together with its detailed description, was in advance handed over to a creative team of the Schemes show on Radio Free Europe/Radio Liberty. In addition, an anonymous D’Yermak Telegram channel had been created, featuring video annexes to records of covert investigative and search actions against Denys Yermak along with juicy comments. By the way, records of covert investigative and search actions, annexes, and equipment used to shoot the videos have already been destroyed by the SSU.

However, there is one significant issue: even though at the time the videos were being recorded—in August through October of 2019—Andriy Yermak was only the aide to the president, he already had security clearance of the highest level, to a great extent influenced the foreign policy of Ukraine, and was its main player on Russian direction. Denys Yermak reasonably bragged in front of his counterparts that Putin, in a call with Zelenskyi, said the following upon hearing Andriy Borysovych’s last name: “Yermak is a nice Russian last name.”

That’s why the figure of the aide to the president of Ukraine (now the Head of the Office of the President of Ukraine) is of an utmost interest to Russian intelligence services, which, of course, cannot but know how Yermak’s brother sells various positions. And this is natural: special services all around the world use dirt on top secret holders of enemy states to conduct recruitment. In Andriy Yermak’s case, it was even easier to accomplish as he, in pursuit of fresh money, together with his confidant, Major General Gennady Kuznetsov, a Chief of Staff of the Anti-Terrorist Center of the SSU, managed to turn the so called “prisoner exchange” into a real business.

Currently Kuznetsov holds a position of a representative of Ukraine in the Minsk Trilateral Contact Group, where he was appointed by Zelenskyi at Andriy Yermak’s insistence on February 11, 2020 instead of Valeriya Lutkovska. In fact, Kuznetsov is in charge of the so called “exchange”—a legally unclear procedure whereby citizens of Ukraine imprisoned on the controlled territory are exchanged for citizens of Ukraine imprisoned on the uncontrolled territory. Gennady Ivanovych is called a “dog guy” because he once started his career at the SSU as a service dog caretaker and is capable of nothing but embezzling cash allowances of his subordinates, taking bribes, and trading public gasoline.

So let’s talk about this little known page in the life of the Head of the Office of President, exciting and full of commercial adventures, taking as example his associate Gennady Kuznetsov, with whom Yermak conducts negotiations in Minsk.

All in all, “dog guy” Kuznetsov owes his career and the rank of General to three men who repeatedly saved him from prison and allowed to feed off under the flimsy pretext of “fight against terrorism”—Oleksandr Turchynov, Vasyl Hrytsak, and Ivan Bakanov. Therefore, it is not surprising that such a “clever and experienced person” was put by Yermak in charge of negotiations with the occupants on the “exchange,” within whose course payments for inclusion in exchange lists are made from both sides.

Amounts vary. For instance, during the exchange organized by Yermak and Kuznetsov in December of 2019, prisoners of the so called “people’s republics” paid as much as $32 thsd and even $80 thsd for Ukraine accepting them back. One could assume that prices on the other side were not lower; at least Kuznetsov and Yermak included into the exchange list not only former Berkut officers sitting in the dock, charged with murdering unarmed protesters, or militant accomplices, but also some criminal scum. For instance, a certain Maksym Mysiak, imprisoned in Ukraine for murdering a businessman Yaroslav Bysaga in August of 2013 and murdering a businessman Yevgen Slonevskyi and his friend Oleg Lytvynov in March of 2014. Another example is Oleg Shabalin arrested on September 2, 2019 for shooting at a car on the Odessa-Kyiv highway in early September, and then assaulting a Nova Poshta office in Nerubaisk village near Odessa.

Then again, there is nothing surprising here: Kuznetsov was fired from the SSU twice for committing corruption offences, and both times he got reinstated on “commercial grounds.” And this is despite the fact that on February 24, 2011, Pechersk District Court issued a sentence 1-1-173/11 under Part 2 of Article 425 of the Criminal Code of Ukraine against Gennady Kuznetsov, the current representative of Ukraine in the Minsk Trilateral Contact Group, for his negligence in military duties.

Nevertheless, Oleksandr Turchynov, a former Head of the SSU, who in February of 2014 was proclaimed an Acting President, returned the “dog guy” to the SSU and, disregarding his criminal record, appointed a corrupt person a Chief of Staff of the Anti-Terrorist Center of the SSU. In this position, Kuznetsov audaciously embezzled cash allowances of his subordinates, who have not received paycheck in years, and who are suing him now.

In 2018, Gennady Ivanovych almost ended up in the dock again, when the Department of Internal Security of the SSU established that in 2017, Kuznetsov not only was embezzling budgetary funds but also was earning money by unofficially helping in organizing Sviatoslav Vakarshuk’s shows (whom Kuznetsov calls the godfather of his children) by forcing officers of the ATC of the SSU to provide security at these events. At that, Kuznetsov officially posed providing security for Vakarchuk’s gigs as missions to the area of Anti-Terrorist Operation, and put the money received from Vakarchuk into his pocket. Kuznetsov did not end up in prison then thanks to a then Head of SSU Vasyl Hrytsak, who ordered to hide materials of internal investigation away from the Chief Military Prosecutor’s Office, and to punish Kuznetsov by issuing him a statement on “incomplete suitability for service.”

And one could even shoot a mystery series about how Kuznetsov embezzled salary of his subordinates, forged accounting records, purchased Fury unmanned aircraft systems for the ATC of the SSU from his drinking buddy, or waited over a year for kickbacks before equipping a Renault Master bought for the ATC of the SSU with means of communications.

All this is well known to the Russian intelligence services, who put Kuznetsov and Yermak brothers “on the hook.” Moreover, on March 25, 2019, on the SSU officers’ professional holiday, lieutenant colonel of the SSU Vasyl Prozorov, a closest associate and a former subordinate of Kuznetsov, held a briefing in Moscow. Prozorov told that since May of 2014, he’s been serving at the headquarters of the ATC of the SSU headed by Kuznetsov and “completely voluntarily, on ideological grounds, facilitated obtaining by the intelligence services of the Russian Federation of information on activities of Ukrainian security forces, including in ATO area.”

Thus, fate could not but bring together Andriy Yermak and Gennady Kuznetsov, who are currently together—hand in hand and dollar for dollar—exchanging prisoners and negotiating in Minsk. And as recently as on March 24, 2020 president Zelenskyi (or, more precisely, the Head of his Office Andriy Yermak), in his executive order 105/2020, granted Order of Danylo Halytsky to the “dog guy”.

Augean Stables of the State Bureau of Investigations

Fri Apr 3 , 2020
Whilst Ukrainian social media and news outlets are seething with discussions of the corrupt adventures of Andryi Yermak, a Head of the Office of the President, whose brother traded public posts, Volodymyr Zelenskyi is trying to feign Olympian calm. To all the questions, he responds, like, let the State Bureau […] 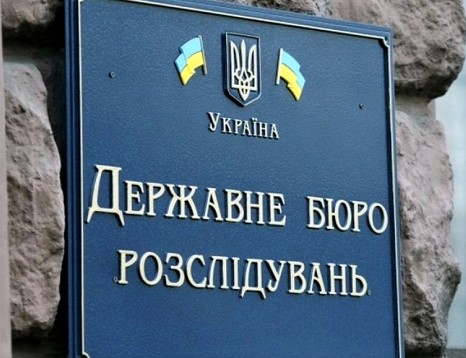