Reports in the media that the U.S. State Department awarded a former Prosecutor General Ruslan Ryaboshapka the International Anticorruption Champions Award caused a certain outrage within the prosecutors’ community. Folks tried to remember the feats in the anticorruption area that Ruslan Georgiyovych managed to perform during his short but vivid tenure at Riznytska St. After all, Ruslan Georgiyovych is remembered only for wrongful dismissal of prosecutors, who are now being reinstated by courts, with unpaid salaries to be paid by Ukrainian taxpayers; detaining Andriy Antonenko, Yana Dugar, and Yuliia Kuzmenko, the alleged murderers of Sheremet; and illegally releasing from custody and surrendering to Russia of former officers of the Berkut special unit, who were being tried for shooting protesters in February of 2014.

Does that mean that Antonenko, Dugar, and Kuzmenko were corrupt on top of everything? — Politically preoccupied community mused. Or does the State Department likely consider selling criminal proceedings at an unprecedented scale as fight against corruption? During Ryaboshapka’s tenure at the Prosecutor General’s Office, one could have a case ended for $50,000, which previously used to cost $2 million. Others assumed that Ryaboshapka’s award is really an aid of the U.S. government to the Ukrainian budget, so that there is something to seize should Ms. Prosecutor General Venediktova choose to file a recourse claim against Ryaboshapka and demand to pay damages caused by her predecessor. But the suspense was not long, and finally the experts concurred that Ruslan Georgiyovych was awarded for strengthening the state’s defense by enrolling a Chief Military Prosecutor Viktor Chumak into the military for a couple of days.

Actually, Viktor Vasylovych Chumak, a former MP and legal advisor to the State Border Guard Service of Ukraine, had absolutely no right to work as a prosecutor. As at September of 2019, the then current version of the Law of Ukraine “On Prosecutor’s Office” stipulated that only a prosecutor could be appointed to an administrative position in the prosecutor’s office, i.e. a person who got the prosecutor status as a result of a special competitive procedure. Actually, it was the whole point of the reform of the prosecutor’s office that professional civil activists carried out in Ukraine in 2015, with the U.S. money and under the supervision of the U.S. Embassy.

Given the phenomenal Chumak’s ineptitude in the legal area, he had zero chances of passing the exam and obtaining the prosecutor’s position. And then Ryaboshapka came up with a plan to make the Ukrainian people happy and to fight corruption. On September 10, 2019 a military retiree Chumak applied to Ryaboshapka for a temporary position of a prosecutor of the division of the representation of the interests of the State, fight against corruption in the military and regional defense industry of the office of the representation of the interests of the State in the military of the Chief Military Prosecutor’s Office of the Prosecutor General’s Office of Ukraine for the duration of the maternal leave of Viktoriia Sheksheieva.

This application was necessary since Ryaboshapka, being a prominent alumnus of the International Solomon University, for some reason decided that it was only illegal to appoint to a prosecutor’s position without a contest and attestation if this position was permanent; if it was temporary, the story should be different. And so on September 10, 2019 Ruslan Georgiyovych issued an order 831ц and blatantly violated the Law of Ukraine “On the Prosecutor’s Office,” having appointed the retiree Chumak as the prosecutor without any contest.

Such career aspirations of Viktor Vasylovych, known among the prosecutors as Ketchup [Chumak is a famous ketchup brand in Ukraine], did not escape Ryaboshapka’s attention, and on September 11, 2019 he immediately issued order 837ц and appointed Chumak the Deputy Prosecutor General and Chief Military Prosecutor.

It would seem that Chumak’s life was changing for the better, albeit illegally, but the greed deep in Viktor Vasylovych’s restless soul kept him up at night and wouldn’t let him enjoy his life. Sure thing: as a military retiree and none other but a Major General of justice, Viktor Chumak received only UAH 10,000 of benefits a month. At the same time, with the help of Ryaboshapka, he could arrange himself a much bigger compensation. Therefore, Chumak devised a plan to boost his material well-being on the ruins of the Chief Military Prosecutor’s Office that he was wrecking so fast together with Ryaboshapka.

And at the same time that Chumak was issuing statements that it was unacceptable for a prosecutor to be enrolled in the military, he was arranging with Ryaboshapka to get enlisted for a couple of days, so that his future benefits could be 10 times as high. On November 15, 2019 Viktor Vasylovych begged and pleaded Ruslan Solomonovych, or rather Ruslan Georgiyovych, to recommend the Minister of Defence of Ukraine to enroll a reserve officer Chumak in the military (registration number 10/7-1079вих-19 of 11.15.2019).

On December 3, 2019 the Minister of Defence of Ukraine issued order 692 and enrolled a reserve officer Chumak in the military. Chumak was immediately placed at the Prosecutor General’s disposal. The future recipient of the State Department award issued order 1086-вк on December 6, 2019 and fired Chumak, Viktor Vasylovych, from his position of the Deputy Prosecutor General and Chief Military Prosecutor because of him enrolling in the military.

Having served in the military for 16 days, Viktor Vasylovych realized that it was no good for a Major General of justice to have a soldier Ryaboshapka as a superior. Besides, Chumak had only just received his December 2019 salary of UAH 153,544, and thus all the legal grounds were in place for him to restructure his meager military retirement benefits.

Not willing to be left on the street, albeit with more that UAH 100,000 per month in retirement benefits, Viktor Vasylovych immediately, on December 28, 2019, applied to the Prosecutor General for the position of the Deputy Prosecutor General.

Although, one wonders how come the Ryaboshapka’s order of December 28, 2019 was printed on the letterhead of the Prosecutor General’s Office, which began operation only in some 5 days after that, i.e. on January 2, 2020. Likewise, one wonders whether Ryaboshapka had authority to issue the order and discharge his sidekick from the military service. Clearly these orders are bogus, they were retroactively and poorly written by Ryaboshapka and Chumak with the intent of embezzling the state budget funds, illegally paid out to Viktor Vasylovych. At that, this crime couldn’t have been carried out without the complicity of the then Minister of Defence Andriy Zahorodniuk.

Also worthy of note is the following fact. Between his resignations and repeated appointments, although Mr Chumak terminated his employment at the Prosecutor General’s Office of Ukraine, he remained a member of the first staffing commission—alumnus of the International Solomon University Ryaboshapka, as we can see, never thought of appropriately amending the orders that stipulated yet another “reform of the prosecutor’s office.”

As the Accounting Chamber found later on, Chumak in this manner misappropriated UAH 22,200 of cash benefits in a couple of days that he had allegedly been serving in the military. Moreover, thanks to this scam, Mr. Chumak added to his length of service the 7 years, during which Viktor Vasylovych solemnly worked at the Verkhovna Rada of Ukraine, where he used to praise the dirtiest corruption schemes of Artem Sytnyk on a daily basis. Therefore, when he was discharged from the military service, Chumak received a severance payment equal to 50% of the last salary for each year starting with 2012. But even that’s not all: having profitably sold a position of the Prosecutor of Kyiv to Kolomoyskyi and having appointed Serhiy Yuldashev, Chumak quit the prosecutor’s office and began suing the Pension Fund demanding that he receive a life pension with no restrictions, no less than UAH 135,000 a month, given that he had been serving in the military for 16 days during the “special period.”

Obviously, should there be a Prosecutor General in Ukraine, Chumak would’ve been reading menus at the Lukyanivska detention center, and Ryaboshapka, instead of receiving awards at the U.S. State Department, would’ve been going to interrogations and explaining who advised him to appoint prosecutors without contests; why he put Chumak into military service for 16 days; and whether he got any monetary gratitude from Viktor Vasylovych in return. But while the office at Riznytska St. is being occupied by an ignorant General’s daughter, dreams are only dreams. 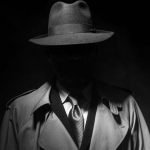 Story of a Ukrainian mafioso who wants to settle in Germany

Thu Oct 20 , 2022
Russia’s attack on Ukraine has become a real tragedy nobody would have imagined happening in Europe in the 21st century. Millions of Ukrainians fled the war and came to the West, including the German speaking countries like Germany, Austria and Switzerland. Since March alone there were nearly a million of […] 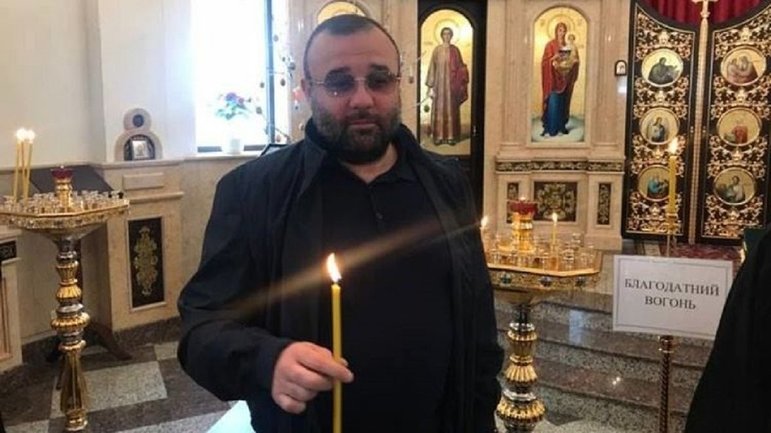