A talk by Oleksiy Bahanets, a former Deputy Prosecutor General of Ukraine, given on December 9, 2020 at the Scientific and practical conference “On the current state of fight against criminalized corruption” at the National Academy of Internal Affairs

Indeed, over the past 6 years, corruption in Ukraine has become not only one of the threats to national security, but also one of the key most politicized issues. There have been much more talks than actions. It is not surprising, given that in 2019 our country ranked 126 out of 180 in the Corruption Perceptions Index, close to Kyrgyzstan, Azerbaijan, and Djibouti.

Despite the fact that over the past 5 years, there has been established a whole bunch of new anticorruption agencies in Ukraine (no other country in Europe or the whole world has as many of those) and even a special “anticorruption court,” perhaps unique in Europe, all of which are actually contrary to the Constitution of our state, the state of fight against corruption, especially at the highest levels of government, hasn’t improved quantitively, much less qualitatively. Quite on the contrary, in my view. Let me briefly explain why.

I will not burden you with excessive statistical data on the number of registered corruption criminal offences in 2019 (2,517), which is for instance much lower than in 2018 (3,679). But I will have to refer to some of those.

In other words, to debunk “victorious” reports of the two former Prosecutors General about alleged “unprecedented” “success” in fight against corruption, I hereby claim that corruption offences identified in 2019 and corresponding indictments taken to courts were predominantly related to meager illegal benefits and tiny damage caused by corruption activities. Worse still, even such insignificant facts were not always backed up with enough evidence!

This is illustrated even by the fact that 101 defendants were acquitted in courts last year; proceedings against them were closed by courts citing absence of crime or lack of established guilt (this is a single line in the report). Only 24 of those defendants were detained!

Moreover, last year the courts remitted 62 indictments to prosecutors, citing their incompatibility with the Criminal Procedural Code. By the way, we don’t know how many of those were taken to court for the second time.

Unfortunately, for some reason publicly available data also don’t show the number of people who were notified of suspicion in corruption activities in 2019, and what it their ultimate fate (were they closed, are they still being investigated).

At the same time, according to the NABU, in 2019 its detectives were investigating 2,364 criminal proceedings. As a result of their investigations, 401 people were allegedly notified of suspicion (139 people in the first half of the year, 262 people in the second half). But this number left me in doubt, since the information on the official website of the NABU suggests that only 221 people were notified of suspicion as of 12/31/2019, which, again, doesn’t match the Bureau’s reports that mention notices of suspicion to as few as 153 people for the entire year of 2019. But even this is not the main thing.

A much more vivid evidence of deteriorated performance of the anticorruption agencies (NABU and SAPO) in the fight against corruption is the fact that last year they took to court, just think of it, only 67 indictments, including three taken for the second time, which is almost identical to their figures in 2018, i.e. 68 indictments. Besides, both these numbers are three times as low as the one for 2017, namely, 185! But even such a relatively small number of indictments taken to court in 2019 is embarrassingly tiny, as it comprises only 16% of the total number of proceedings related to corruption offences completed by the detectives of the NABU!

To evaluate the effectiveness of the newly established anticorruption agencies (NABU and SAPO) more objectively, consider also the crimes investigated by the detectives under procedural guidance of anticorruption prosecutors.

It’s bad enough that NABU and SAPO managed to take indictments to court only in 10 (!) criminal proceedings related to obtaining illegal benefits and 14 proceedings related to acquisition of property in excessive amount. But it is glaringly obvious that year after year, since their establishment, anticorruption agencies have been mainly uncovering and investigating the simplest forms of corruption, one-event facts to be precise. On the other hand, fight against organized corruption, especially at the highest levels of government where it is in fact taking place, is for the most part dormant.

This is evidenced at least by the fact that during 2019 detectives of the NABU, together with anticorruption prosecutors, managed to complete only 1 criminal proceeding related to a criminal offence committed by an organized group, involving only 9 people!

It is this low performance and effectiveness of these anticorruption agencies that is also evidenced by the practice of handling by courts of the indictments prepared by the NABU and SAPO. As such, in 2019, just think of it, only 10 people were convicted in such cases, with sentences became final (for comparison, there were 35 such people in 2017 and 47 such people in 2018), which comprises only 2% of all the corrupt officials charged!

Extremely poor performance of the newly established anticorruption agencies is also evidenced by the category of people, criminal proceedings against which were completed last year. For instance, the breakdown of indictments taken to courts by anticorruption prosecutors by the categories of defendants is as follows: 1 MP; 3 members of regional councils; 3 officials of the Cabinet of Ministers of Ukraine; 3 public officers of category A; even 1 municipal official of categories 1 and 2; 11 professional judges, likely, those of district courts (which is half of the corresponding number from 2018, namely, 22); 2 other officials from the judicial branch of government, likely judicial assistants; 2 prosecutors; 1 high-ranking officer of the Armed Forces of Ukraine. All the other defendants (a vast majority) are far from the category of highest officials. Eleven of them are managers of big enterprises, 23 are officials of legal entities of public law, and 81 are “other people”!

The above mentioned statistical data suggest that the NABU and anticorruption prosecutors go on investing their main efforts, as always, into fighting corruption offences committed not by the highest officials in our country (whose involvement in various corruption schemes was discussed almost by everyone) but by so-called “other people,” officials of legal entities of public law, and managers of big enterprises; in other words, by those who are not authorized to perform functions of the state and local governments!

Isn’t this the imitation of fight against corruption? You can also add the fact that last year they managed to recompense only 14% of all damage inflicted by the criminal offences unveiled by the NABU.

In order to gain a comprehensive picture of the real outcome of the fight against corruption by all law enforcement agencies in our country, it is necessary to explain what corruption offences, in particular, were mentioned in these indictments. For instance, the biggest share of all indictments taken to court by all law enforcement agencies is related to misappropriation, embezzlement of property or acquisition thereof by abuse of an official position, namely, 1,106 (or 51.2%), that is, more than half. On the other hand, when it comes to the most compelling corruption activities such as obtaining illegal benefits, which typically plague our public servants, including highest ranking officials, we find only 506 such indictments (or merely 23.4%). Abuse of power and official position is even less frequent—only 199 indictments (or 9.2%). Abuse of influence was the subject of 165 indictments (or 7.6%).

But even these figures cannot be found objective until the offences are characterized as such by the court sentence. So, what actually has been found by the courts?

We need to add here the fact that in 2019 the courts acquitted 55 people in such cases. In other words, note that more people were acquitted then sentenced to imprisonment! Now that’s the real outcome of almost 10 law enforcement agencies and, really, 2 prosecutor’s offices, including highly publicized newly established anticorruption ones!

I would add that the majority of those convicted last year for such “corruption activities” were sentenced to a fine (434 people), which is also not the kind of corruption being widely discussed by the general public!

Therefore, summarizing the analysis of the outcomes of fight against corruption in Ukraine in 2019, we can unequivocally claim, whether someone likes it or not, that last year, according to statistical reports, all the law enforcement agencies charged 2,515 people by taking appropriate indictments to courts. At the same time, only 550 people were convicted (434 of them sentenced to a fine) with sentences becoming final, out of which only 42 people were sentenced to imprisonment!

And this is at a time when, according to the Law of Ukraine “On the State Budget for 2019,” over UAH 3B were allocated to new anticorruption agencies (NABU, SAPO, SBI, NACP, HACU, not counting the National Asset Recovery and Management Agency of Ukraine), but only UAH 1.169M were recompensed due to their activities. This begs a natural question. Do we really need so many agencies, and are they doing that much work that we could say that anticorruption agencies are really so important for our country?!

Comparison of state budget costs of maintaining other law enforcement agencies, namely the MIA, the National Police, previously the State Fiscal Service, the SSU, and the Prosecutor General’s Office of Ukraine in 2019, is not much better. They collectively received around UAH 300B!

And this is considering that upon completion of criminal proceedings, detectives and prosecutors charged defendants with a total of UAH 51 819 958 603 in material damage, out of which only UAH 490 083 322 were recompensed! In other words, real outcomes of the fight against of corruption are extremely meager.

Tue Dec 22 , 2020
On December 17, 2020 the National Anti-Corruption Bureau of Ukraine posted information in its Telegram channel about a tragedy that shook the whole progressive mankind. Late at night in Lviv, unidentified attackers set fire to a car belonging to a NABU detective. “A private car (a 2012 Skoda Octavia) has […] 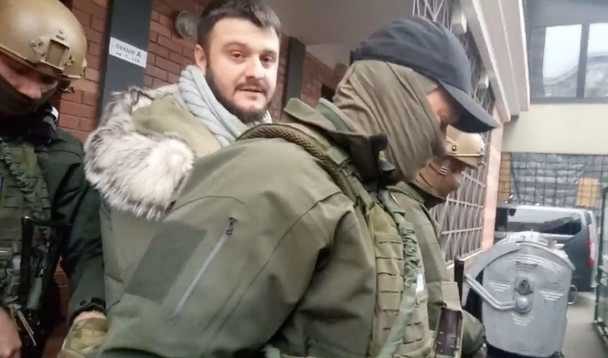