At last, Lieutenant Bakanov decided to make his marital and family relationships with a Ukrainian MP Grigoriy Surkis (Faction of the Political Party “Opposition Platform – For Life”) official. To that tend he appointed a former Surkis’s head of security Sergiy Kovmyr (moniker “Dipper”) a Head of the Center for Special Operations A (Alpha). According to sources in the SSU, it is precisely for this reason and upon Surkis’s request that on April 14, 2020 Lieutenant Bakanov (who also once worked for Surkis) orchestrated a public arrest of Major General Valeriy Shaitanov, a First Deputy Head of the CSO A, placed at the disposal prior to the arrest, in order to compromise Alpha leadership for their alleged ties to a “Russian spy” and to put Kovmyr in charge of the CSO A.

Even if we assume that Shaitanov really maintained informal communication with Russian Federal Security Service, it was by no means operationally required to beat him up, post his photos on the SSU website, and publicly accuse him before the court verdict comes into force (besides, it is directly prohibited by Part 4 of Article 296 of the Civil Code of Ukraine). In fact, this was all an act arranged specifically for the U.S. Embassy in order to tarnish the name of Shaitanov’s immediate superior—Oleksandr Volodymyrovych “The Bun” Ustymenko, a favorite of Vasyl Hrytsak, a former Head of the SSU (also known as “Fucktard Vasya”), and who needs to be removed from his position to appoint “Dipper” in his place.

It is worth noting that Lieutenant General Ustymenko’s positions, thanks to support from overseas partners, appeared to be unbudging. However, American diplomats’ affection for “The Bun” faded lately. This happened after Oleksandr Volodymyrovych, having received a gift of valuable property from the embassy intended for Alpha, instead of registering it with the accounting department, declared a tender and allegedly “bought” this property using budgetary funds, pocketing the money in the process. The embassy got surprised at such pettiness demonstrated by “The Bun” and stopped letting him in. Instead, a new best friend of the U.S. and particularly the U.K. Embassies is now Dmytro Gololobov, nominally Ustymenko’s assistant. Thus, Shaitanov’s noisy arrest, according to Surkis, was meant to disgrace “The Bun” for good in the eyes of American friends and to open up career prospects for Kovmyr.

That said, the word is that Lieutenant General Ustymenko attempted to pass a hefty amount of money to Lieutenant Bakanov to remain in place, but Ivan Gennadiyovych decided that Surkis’s gratitude is more valuable.

As for the future head of Alpha, Sergiy Volodymyrovych Kovmyr, a former head of the Second Office of the CSO A, was assigned to Grigoriy Surkis as a personal bodyguard even during president Kuchma’s tenure. He was formally listed in the ranks of Alpha and at the same time had been feeding off Grigoriy Mykhailovych’s hands for more than 10 years. Once he was even nominally employed as MP’s advising assistant.

Ultimately, Kovmyr decided that this is not him who guards Surkis, but, quite the opposite, it is Grigoriy Mykhailovych who is assigned to him to resolve his problems. Surkis wouldn’t go for it, and “Dipper” had to return to Alpha. But they wouldn’t put up with him there for too long as well, because Kovmyr had a habit of holding on to the money he received from the entrepreneurs in exchange for security services. However, when, after an impromptu court of honor, Kovmyr was placed at the disposal, he crawled back to Surkis, threw himself at his feet, and started begging to buy for him from Lieutenant Bakanov a position of the Head of the CSO A.

Truth be told, at first, Grigoriy Mykhailovych would not let go of the old grudges against Kovmyr, but after “Dipper” tried to kneel during their second meeting, his heart melted.

So, this is basically the reason for orchestrating the whole act with punching Shaitanov in the mug. It’s like everyone who worked with the traitor is under suspicion, and only Sergiy Volodymyrovych Kovmyr is whiter than white. Therefore, it’s only fitting that Bakanov lets him lead the Sixth Office (a weird situation: all personnel are currently placed at the disposal, and the head of the office manages god knows whom) with subsequently appointing him the Head of the CSO A.

That said, informed people find unconvincing Lieutenant Bakanov’s theory that the leadership of the CSO A needs to be refreshed because “The Bun’s” deputy Shaitanov was a Russian spy. For instance, Major General Gennady Kuznetsov, a former head of Alpha, under whose supervision Shaitanov managed the Sixth Office (a so called “Shaitan battalion”), not only continues to lead the Anti-Terrorist Center of the SSU, sell public gasoline, and embezzle cash allowances of his subordinates, but even has been appointed by president Zelenskyi a representative of Ukraine in the Minsk Trilateral Contact Group, despite having a criminal record and constantly getting into corruption scandals.

Or take another example: Oleksiy Petrov, Shaitanov’s deputy from the “Shaitan battalion,” served a deputy head of the “economic” department in the Main SSU Office in Kyiv and Kyiv Region in 2014. He was caught taking a bribe and as a result was dispatched to ATO area for correction. According to Alpha officers, in ATO area, Petrov only looted, arranged trade flows across the contact line, and extorted cars from the locals. So? Notwithstanding such a track record and a series of scandals involving Petrov and schemes around Ukrspyrt, on April 22, 2020, after Shaitanov’s arrest, president Zelenskyi appointed Petrov a Head of Zakarpattia Region State Administration.

Tue May 26 , 2020
On May 22, 2020 detectives of the Main Investigation Department of the National Police notified three suspects, i.e. Andriy Antonenko, Yuliia Kuzmenko, and Yana Dugar, of completion of a pre-trial investigation in a criminal proceeding regarding murdering Pavlo Sheremet, a Russian reporter. Prior to that the suspects had been served […] 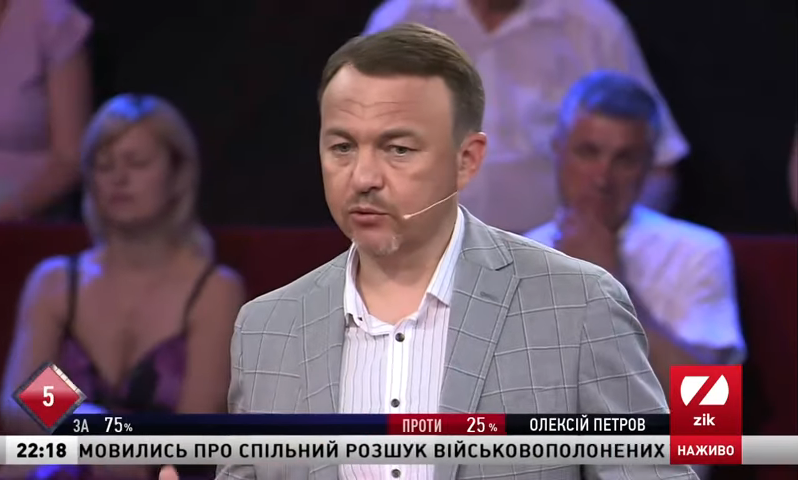