Early on April 15, 2020 I still thought that Iryna Venediktova would make it as a Prosecutor General at least until October and then would be kicked out ahead of the local elections to bolster approval ratings of the “Servant of the People” party (if by that time a notion of approval ratings could still be applicable to this political movement). But I began to have doubts already in the afternoon of April 15. So now I can’t rule out the possibility that president Zelenskyi gets rid of Iryna Valentynivna sooner, citing her phenomenal professional achievements, remarkable legal awareness, and exceptional knowledge of the criminal law.

I came to this disappointing conclusion based on an announcement by the State Bureau of Investigations that on April 15, 2020 detectives of the Kyiv Territorial Office of the SBI notified of suspicion a former Head of the Kharkiv Regional SSU Department who on June 12, 2015 committed an act of hooliganism (Part 1 of Article 296 of the Criminal Code of Ukraine), namely, “while driving a Volkswagen Touareg down Lavrska St. in Kyiv, outran and forced to stop a car driven by an Automaidan NGO activist. After that, the former officer injured the victim.”

This is a well-known story. The offender is a former SSU Lieutenant General Oleksandr Polkovnychenko, born 1951, and the victim is a photographer Roman Malko. Polkovnychenko walked through the doors of the Kharkiv Regional Office of KGB in far 1976, and from September 2 through October 24 of 2008 and from March 23 of 2010 through November 11 of 2011 headed the Kharkiv Regional Department of the Security Service of Ukraine.

If the Lieutenant General had been sentenced for unacceptable behavior within three years since committing a criminal offence, it would have demonstrated that Ukraine, indeed, succeeded in reforming the police, as Polkovnychenko’s stunt would have been under jurisdiction of the National Police. But this did not happen. Possibly, because the Lieutenant General is implicated in having long-standing pecuniary relations with Arsen Avakov, a Minister of Internal Affairs. To prove it, a phone call record, allegedly between Polkovnychenko and Avakov’s assistant, was even once uploaded online. However, malicious tongues are saying that this record was produced by some Litkevych, Dmytro Oleksandrovych, born 1983, a Kharkiv entrepreneur that now attends meetings gathered by prosecutor Venediktova in an unknown status.

But, finally, justice was served, the case ended up in the SBI, and Polkovnychenko was notified of suspicion under procedural guidance of the Prosecutor General’s Office. Now think about this: doesn’t Iryna Valentynivna know about this? Hadn’t Oleksandr Panov, appointed by Venediktova a Head of the Department of Organization and Procedural Guidance of the Pre-Trial Investigations of Criminal Proceedings Under Jurisdiction of the State Bureau of Investigations, reported about this case at least to Andriy Liubovych, a Deputy Prosecutor General? He must have had. Because it’s not every day that no one else but an SSU Lieutenant General, albeit a former one, becomes a suspect. Especially given that Iryna Valentynivna is from Kharkiv herself.

Imagine that a Prosecutor General were a smart person instead. The first question that should have immediately arisen would be why the notification is handed two years after statute of limitations had expired. According to Paragraph 2 of Part 1 of Article 49 of the Criminal Code of Ukraine, a person is exempt from criminal liability after three years since committing a minor criminal offence that carries a penalty of restraint or imprisonment. Hooliganism, i.e. offence carrying a penalty set out in Part 1 of Article 296 of the CC of Ukraine, is precisely one of those offences.

I mean it is not directly forbidden to notify of suspicion in such cases. But why doing a work that has no chances in court?

And then a smart person (should she by accident appear in the Prosecutor General’s seat) might have asked a second question, whether Polkovnychenko’s and an Acting Director of the SBI Oleksandr Sokolov’s paths crossed. Iryna Valentynivna, of all people, should know that these paths did cross, because Sokolov served at the Kharkiv Regional SSU Department exactly when Polkovnychenko was a head of this organization. At that, the paths of Polkovnychenko crossed not only with those of Sokolov, but also with those of Sokolov’s closest friend and ally Igor Geida, kicked out the SSU by Polkovnychenko in September of 2010 citing “facilitating third parties, namely General Fainytskyi, E.Y., a Head of the First Division of the Investigations Office of the SSU, to seize two foreign automobiles, a Lexux GX 470 (belonging to his wife, Fainytska, A.V.) and a Mercedes-Benz S300, from Yagodyn Customs and bring them to Kharkiv for subsequent transfer to interested parties.”

Moreover, Sokolov and Oleksandr Babikov, a First Deputy Director of the SBI, are trying to appoint this Geida, who joined the police after serving at the SSU and helped a former Minister of Internal Affairs Vitaliy Zakharchenko secretly cross the Russian-Ukrainian border after Yanukovych had fled, a Head of the Main Operative Office of the SBI.

And here the Prosecutor General, if a smart person were in her place, would ask the following question. Might it be that Sokolov is simply settling the score with his former supervisor? Isn’t there some conflict of interest in Polkovnychenko’s case? No, not to showcase Prosecutor Generals’ high legal awareness. Rather, if only to avoid yet another scandal out of nowhere.

Furthermore, a smart Prosecutor General would’ve suspected that the “Polkovnychenko’s case” might have been instigated by Anton Gerashchenko, a Deputy of an omnipotent Minister of Internal Affairs, who was almost put in a detention facility by Polkovnychenko in June of 2011. According to the gist of the case of treason incriminated to Anton Yuriyovych and his closest allies, they were earning money by selling classified designs out of the archives of Kharkiv research centers to Chinese intelligence officers. Sergiy Chychotka and Oleksiy Rud, Gerashchenko’s assistants, were put behind bars and spent a long time in criminal regime’s dungeons. Anton Yuriyovych himself lived through a couple of horrible years and managed to free his allies and end the criminal proceeding only after Revolution of Dignity, and not on the first try at that.

This tragic story was recounted in the Mirror of the Week newspaper, a flagship of incorruptible Ukrainian journalism, in issue 14 of April of 2012. The story was written by Anton Yuriyovych himself who brought this article to the editor and paid $5 000 to support independent media… By the way, Chychotka and Rud then became advising assistants to MP Gerashchenko, and Rud even somehow managed to crash Anton Yuriyovych’s Honda. Volodymyr Bik, a former Head of the Counterintelligence Department of the SSU, became a scapegoat in that story, and in November of 2014 he was arrested upon Minister Avakov’s request, as Anton Gerashchenko once cried many tears because of this Bik…

And then, the Prosecutor General, having quickly figured out these intrigues, if he (or she) were a smart person, would have given Sokolov and Babikov a slap on the wrist lest they think they are the smartest. And the criminal case against Polkovnychenko would have been archived.

But as it’s been quite a while since smart people were appointed Prosecutor Generals in Ukraine, all that remains for us is to stock up popcorn and wait until Zelenskyi realizes he’s got into trouble again. 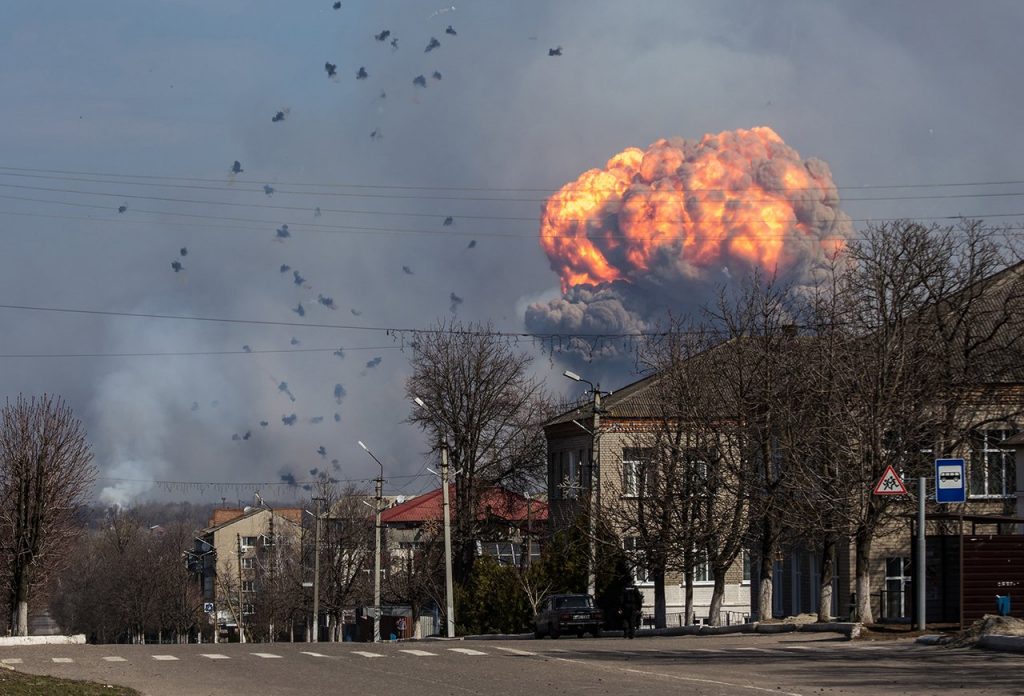