«On January 30, 2020 security guards and officials of the Kyiv Poultry Farm denied entry to a state collector who came to determine the equity and arrest it. Later, on February 18, the state collector sent a formal requirement to the enterprise to provide unrestricted access to the facility’s premises. In addition, he ordered to involve police in collection actions planned for March 5 (equity determination and arrest). However, on March 5, a group of people claiming to be poultry farm employees denied entry to the state collector for the second time. Police has been called to the scene in order to register obstruction of collection actions and to subsequently issue a citation. Thus, the above enterprise together with other enterprises belonging to Oleg Bakhmatyuk continue to intentionally sabotage court decisions and obstruct state collectors’ actions, gravely violating Ukrainian law.

As Naspravdi.today recounted earlier, for many years, the security service of Bakhmatyuk’s business empire has been headed by Anatoly Mykolayovych Novak, whose side gig is being a Deputy Director of the NABU. Bakhmatyuk’s enterprises are being guarded by two security firms belonging to Novak—S.I.G.-Security LLC (EDRPOU code 35866997) under the name of his wife, Odazhyu Kateryna Ivanivna, and “Barrier. Business Security” (EDRPOU code 33882743) under the name of his brother, Novak Yuriy Mykolayovych. These are Novak’s employees who deny entry to state collectors to Kyiv Poultry Farm, thereby blocking seizure of assets used by Bakhmatyuk as collateral for the NBU credit.

“Everything at the Oblonskys’ was topsy-turvy,” wrote a classic in such cases. On the one hand, the NABU is investigating Bakhmatyuk not repaying back a stabilizing credit, provided in 2014 by the NBU to the VAB bank, belonging to Bakhmatyuk. On the other hand, the Deputy Director of the NABU has been the head of Bakhmatyuk’s security service for many years and owes his appointment to the NABU specifically to Bakhmatyuk.

What happened was as follows. In October of 2017, the Main Investigation Department of the National Police started a pre-trial investigation regarding embezzlement of the stabilizing loan of UAH 1.2B by the VAB Bank where Natalia Vasyliuk, a Bakhmatyuk’s sister, was a Head of the Supervisory Board. The head of Bakhmatyuk’s security service Anatoly Novak came to Artem Sytnyk and, on behalf of Bakhmatyuk, persuaded him (obviously, not for nothing) to fetch this proceeding from the police and “bury” it in the Main Detectives Unit of the NABU headed by Andriy Kaluzhynskyi. How much had Bakhmatyuk paid to Sytnyk and Kaluzhynskyi, remains known only to participants in this scam. However, aside from pecuniary benefits, Bakhmatyuk also paid for Sytnyk’s, Novak’s and Kaluzhynskyi’s leisure at “Poliske-Sarny” game reserve, reimbursed for the quadrocycles crashed by Sytnyk, and assigned to Sytnyk his aide Mykola Nadeiko, who used Bakhmatyuk’s funds to reimburse pocket-change spending by Artem Sergiiovych and ran errands for the Director of the NABU. In particular, it was Nadeiko who followed the request of Sytnyk and met intermediaries at the administrative border with Crimea, who brought money to the Director of the NABU obtained from selling a land parcel in Crimea. This land parcel, located in occupied Sevastopol in the “Mirage” garden community and owned by Sytnyk’s wife, was sold by the Director of the NABU according to Russian law in 2017 without paying any taxes or declaring the sale.

However, in late 2018, Vasyl Hrytsak, a then Head of the SSU, talked Novak into planting recording devices at the places of Sytnyk’s and Kaluzhynskyi’s leisure and ordering Nadeiko to inform the Prosecutor General’s Office about him paying for the leisure of the management of the NABU. In return, a Prosecutor General Yuriy Lutsenko promised to resolve Bakhmatyuk’s problems once and for all, in particular, to fetch the criminal proceeding regarding VAB bank from the NABU, where instead of being investigated, it was being used to blackmail and drain the money from the tycoon, and to transfer it back to the National police to have it closed for good.

At first, everything went according to this plan. In March of 2019, Nadeiko testified against Sytnyk, Lutsenko issued an order that changed the jurisdiction of the case regarding VAB bank (to be fair, Yuriy Vitaliyovych had all the legal grounds for that, as this case, indeed, was not being investigated at the NABU, as well as hundreds of other cases), and police issued a citation for committing a corruption offence by Sytnyk and sent it to court. However, this arrangement was ruined with appointment of Ruslan Riaboshapka as the Prosecutor General, who was Sytnyk’s friend and drinking buddy. In an effort to save the Director of the NABU, Riaboshapka reversed the order to close the criminal proceeding at the Main Investigation Department of the National Police regarding embezzlement of the stabilizing loan by the VAB bank and sent the case back to Sytnyk. Though this time it was done not to drain Bakhmatyuk and sabotage the case, but to take revenge on Bakhmatyuk and Novak.

The consequences have been immediate. Bakhmatyuk fled the country, his sister was notified of suspicion by the NABU, and Novak stopped showing up for work.

Nevertheless, it is totally possible that soon enough Novak will focus on his main job, namely, guarding Bakhmatyuk, and will leave the hospitable walls of the NABU. At least the Director of the National Anti-Corruption Bureau of Ukraine exerts his every effort. A special operation carried out by Novak outside Sytnyk’s office on February 18, 2020 became the last straw for Artem Sergiyovych. That day, Bakhamtyuk’s employees brought to Vasyl Surikov St. a refrigerator truck painted with pictures featuring Sytnyk’s nice leisure at “Poliske-Sarny” game reserve, paid for by Bakhmatyuk. The driver brought the car to the NABU, stopped the engine, shut the doors and went away, leaving the mobile exhibit at public display. Raging Sytnyk ordered to call the patrol police to tow away the truck, but the only thing policemen could do was to throw their hands up.

And then Andriy Kaluzhynskyi, Sytnyk’s friend and fellow camper from “Poliske-Sarny,” recalled that the NABU special forces were equipped not only with anti-corruption socks UAH 370 a pair, but also with an APC—to pursue high-level corrupt officials. Novak, a special forces supervisor, was absent—as always—so Artem Sergiyovych had to personally conduct reconnaissance and command the unit. Nevertheless, all efforts of the Director of the NABU to hook the truck up with the APC were in vain, as the former simply wouldn’t start. And now, further developments depend on what happens sooner: either Verkhovna Rada fires corrupt Sytnyk, or corrupt Sytnyk fires corrupt Novak.

And while Anatoly Mykolayovych holds the post of the Deputy Director of the NABU, the National Bank of Ukraine has no chance of seizing the collateral from Bakhmatyuk. According to the Criminal Procedural Code of Ukraine, the only person who can notify Novak of suspicion in abusing power is Viktor Chumak, his friend, pal, and fellow fighter against corruption who currently is an acting Prosecutor General. 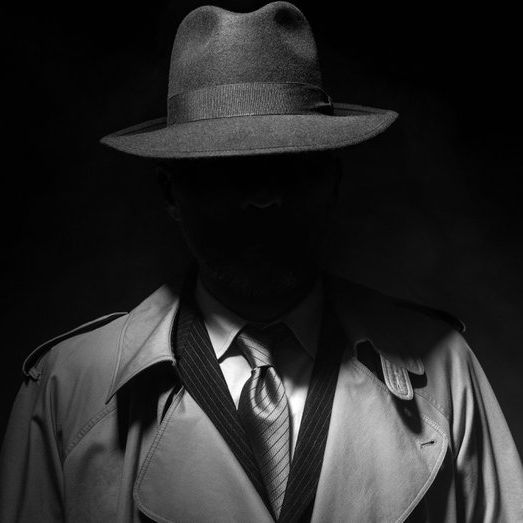 Sun Mar 22 , 2020
Corruption that has corroded the National Anti-Corruption Bureau of Ukraine is an epidemic worse than coronavirus, which has been attested by the case of Andrew Favorov—a second-in-command at Naftogaz of Ukraine NJSC—who, for the time being, has self-quarantined due to getting COVID-19. Favorov, a citizen of Russian Federation and the […]